Born in 1975, Nick is originally from Cwmbran. Nick went to Croesyceiliog Comprehensive School before attending St John’s College at the University of Durham where he gained a Joint Honours degree in English and Philosophy. He later gained a Postgraduate Diploma in Applied Linguistics from Cardiff University.

Before being elected as Welsh Conservative Assembly Member for Monmouth in May 2007 Nick was a driving instructor in Monmouthshire and the valleys area. Nick has held shadow ministerial portfolios including Local Government, Business and Health.

Nick is currently the Shadow Finance Minister and chairs the influential Public Accounts Committee, which scrutinises expenditure by the Labour-run Welsh Government and other public bodies in Wales.

Nick was re-elected by the voters of Monmouth in May 2011 and subsequently ran for leadership of the Conservative group narrowly losing out to Andrew RT Davies. He was re-elected for a third term in May 2016.

Prior to his election to the Assembly, Nick worked as a researcher to Nick Bourne AM and David Davies MP as well as serving as a Monmouthshire County Councillor between 2004 and 2008.

He is a member of The Lions Club and has also been a governor of two schools in the area, King Henry VIII in Abergavenny and Llantilio Pertholey Community School.

Nick Ramsay out and about in Brecon

Nick Ramsay AM has visited Brecon and Radnorshire today to go out and about campaigning with Mark Brown for the Welsh Conservatives.

Nick Ramsay at Summer in the Courtyard

Nick Ramsay visited Abergavenny at the weekend for Summer in the Courtyard at St Mary's Priory.

Nick said, "Excellent local produce made in Monmouthshire at Summer in the Courtyard on Saturday. Congratulations to the stallholders and organisers for this event." 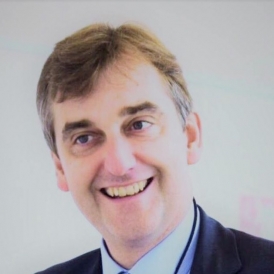