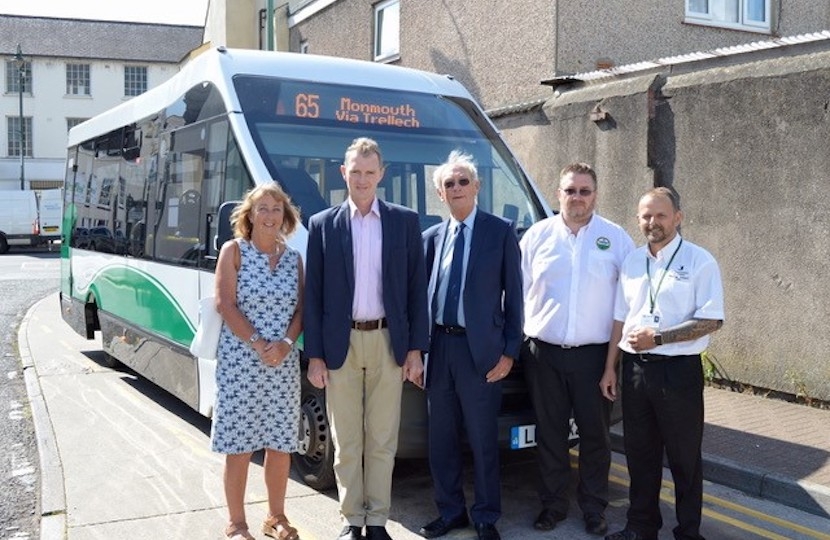 Villagers who fought a year-long campaign to save a vital community transport link have welcomed investment in a brand new bus. Friends of the 65 Bus (F65B) was formed after the bus service that connects Chepstow, Monmouth and the villages along the picturesque B4293 'Wye Valley high road' came under threat of withdrawal.

The route was earmarked to be axed at the end of July 2018 due to a lack of passengers. But Monmouthshire County Council offered a reprieve to allow for further consultation after 1,500 people signed a petition.

Overwhelming support, including from Monmouth MP David Davies, Nick Ramsay AM and local councillors, eventually secured this important service. The council has since shown its own commitment by buying a new bus.

Campaigner Rosemary Corcoran has been using the 65 bus for 20 years.

"When I heard it was under threat, I started a campaign with others to save the bus," she said.

"It travels through six villages and we were supported by 1,500 signatures.

"It's a community bus and everybody knows everybody else. If we see a new face, we make ourselves known to them."

"I wish to congratulate F65B on a successful campaign and I am delighted to hear that passenger number are increasing," he said.

"Continued efforts are being made to explore different ways of using the 65 service - which runs along one of the most picturesque routes in Wales - such as walking trips, visits to pubs and restaurants for lunch, or swapping car journeys for the bus.

"While it is good to be able to share positive news, it is now imperative to promote, develop and encourage more people to use this vital community link so that it does not come under threat again."

County Councillor Phil Murphy, Cabinet Member for Resources, added: "We will support anything we can support and it comes down to usage; as long as you can maintain the usage for that bus, we cannot see any reason not to support it.

"Various funding has been taken away and it gets harder and harder to keep services going, but we will do anything we can to help support the No 65 bus."

The website www.friendsofthe65bus.org.uk is helpful for anyone using the route along the B4293 and features up-to-date timetables, information on how to apply for a bus pass, and updates on changes to the service or times. 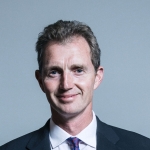 Today we have published our Covid-19 UK Vaccines Delivery Plan, setting out how we plan to deliver the biggest vaccination programme in British history, to protect all those who need it most as quickly as possible.